Motion control applications involving direct control by an operator, anyone from a pilot to a surgeon, remotely controlling a robot or mechanism are known as “telerobotic” systems. The operator could use a simple joystick or a complicated articulated arm to control the robot. In both cases, the mechanism, or robot hand, is moving in response to the operator’s input. This architecture can be expanded so the operator can “feel” an object or obstruction the robot is touching. This has the advantage of expanding the information the operator has about the workspace of the robot and is commonly referred to as “Haptic” feedback. “Haptic” is derived from a Greek word meaning “to touch”.

When the aerospace industry introduced fly-by-wire pilot control, the pilot was not able to “feel” the force of the air load on the control surfaces. To compensate, the joystick vibrates in order to warn the pilot when the flight computer detects a current or imminent aerodynamic stall condition. The vibration method is also used in commercial products like video game controllers. An asymmetrical waveform can lead a user to “feel” the direction in the joystick.

The second approach attempts to use the joystick or controller to exert a counter-acting force on the operator, which represents the force of the robot’s arm on a surface in its workspace (Figure 1). The force on the robot arm must first be measured either directly or indirectly. The optimal control solution involves the presence of a strain gauge for direct measurement of the force that the robot or mechanism is exerting on the object. Alternatively, if the instantaneous current in the motor and its position are known, the force can be calculated since the torque a motor produces is proportional to the winding current. As shown in Figure 1, the detected force signal from the strain gauge is mapped into a desired joystick motor current by the haptic force controller. The motor current creates a torque on the joystick motors which manifests itself as a force felt by the operator.

Have you met Juno yet? It's our small, but powerful velocity and torque IC for Brushless DC, DC Brush, and step motors.

Five out of 10 lab instrument companies use Performance Motion Devices. Take control of your machine and robotics design projects.

A somewhat different application of a haptic feedback control system is shown in Figure 2. In this case, an engine throttle, like those used on boats, controls the speed of the engine. It is desirable that the operator can feel the throttle lever hitting indents at certain positions of the throttle handle. In conventional systems, the indent feeling is caused by a simple mechanical ball held by a spring, sliding into or out of a notch. When the handle reaches the position of the notch, the ball slides into it, causes a feeling of “clicking” into position. This can be done without the mechanical ball, spring, and notch, entirely relying on a motion control system. Control logic detects if the throttle position is within the desired “notch” location window. If it is within the window, a PID controller forces the lever to the center of the notch location (Pnotchi). Otherwise, a Derivative controller emulates the feeling of a damper. The operator will experience different haptic feedback response as the throttle is moved across the range of motion. 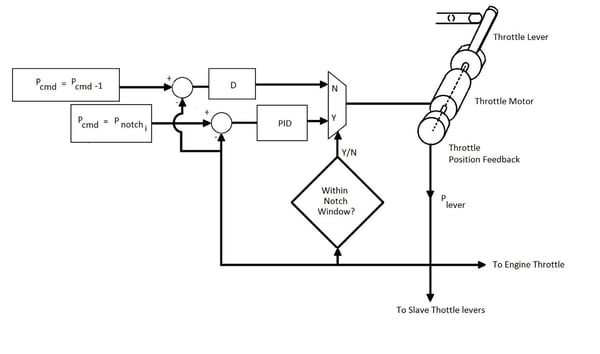 Figure 2. Creating the feeling of hitting a notch in a throttle handle.

Implementing the haptic feedback on a joystick through motor force or vibration can be tricky. It requires precise motion control over the motor current on the haptic side and precise sensing of the applied motor current on the working end of the system. Performance Motion Devices Magellan® MC58113 series of motion control ICs and Atlas® series of digital amplifiers, both have a sophisticated digital current control loop making implementation of a haptic feedback controller significantly easier. Scaling the current sense resistors so the Analog to Digital converters of the Magellan or Atlas devices give good resolution is paramount to making the system work.