In the last ten years several trends have been at work to drive the use of sophisticated, complex motor control algorithms. The most important trend is the desire for lower energy consumption and the need for higher performance. As it turns out, these two are often interrelated. For example lower energy consumption may come not only from more efficient motor control techniques, but also from increased functionality. An example is the ability to reverse the direction of an AC induction motor used to drive a washing machine. Adding this capability allows the load to be automatically balanced, thereby allowing the spin rate to be higher, thereby reducing the amount of energy consumed by the dryer.

Another major trend driving the use of sophisticated control algorithms is the availability of low cost microprocessors and DSPs (digital signal processors) which can perform advanced vector control of multi-phase motors. The AC induction motor is the workhorse of most household goods because it is easy to control and is very low-cost. In its simplest configuration it plugs directly into the wall with a minimum of electronics in the motor. But to increase motor efficiency and improve control performance, a substantial amount of electronics must be introduced into the controller. Only relatively recently has the cost of these electronics been low enough for consideration in high volume white good applications.

Brushless DC motors are also multi-phase devices, however, they tend to be used in motion control applications such as medical automation and robotics. In these applications cost is often not as critical as the desire for performance. In particular, smoothness of motion and a large dynamic operating range are often key requirements. There is one other characteristic of Brushless DC motor that have made them attractive to new applications such as electric and hybrid vehicles, which is their efficiency. High-performance Brushless DC motors driven with advanced control techniques can have efficiencies of 95% or higher. This is substantially above the best efficiency for an AC induction motor, which is in the range of 85%.

In this article we will introduce the major techniques used to control multi-phase motors, both Brushless DC and AC induction. Step motors, which are also multi-phase devices, will not be discussed because they are generally used for lower speed, low power applications. Although wildly popular for applications such as printers, they are not used in applications which consume large amounts of energy.

Brushless DC motors are generally, although not always, three phase devices. They are wired in either a Wye or Delta configuration, but in either case there are three connecting wires, and the current input to any two coils must be output through the third. That is,

The three coils generate the magnetic field of the stator (the non-rotating outer portion of the motor), while the rotor magnetic field is created by permanent magnets. This is why this motor is also frequently referred to as a Brushless PM motor.

The rotor and stator fields interact to create rotational torque, however the timing and relative magnitude of the current through each stator winding must be synchronized with the rotor position to keep the stator electrical field aligned as the rotor rotates. In a DC brush motor, which is a single phase device, generating this is done by a mechanical commutator with brushes. In a Brushless DC motor, it must be done by the external controller.

Figure 1 shows two kinds of force that are generated by the magnetic field interactions. They are known as the Q (quadrature) force and the D (direct) force. An ideal controller for a Brushless DC motor will maximize Q force generation, which is oriented exactly 90 degrees from the N-S axis of the rotor, and minimize the D force, which is aligned with the rotor’s NS axis, and therefore creates no useful torque.

There are three common techniques used to control Brushless motors, Hall-based (also known as 6-step commutation), sinusoidal commutation, and field oriented control. Of these, Hall-based is the simplest to implement, and requires the use of 3 Hall-effect or optical position sensors. As they are most commonly used, these three binary sensors define six usable rotation states (000 and 111 are excluded states) and a simple table converts the input Hall state to the output motor drive signal for each winding.

But Hall-based commutation is far from ideal. As the rotor rotates, the electrical phase angle of the stator should be continuously adjusted to keep the Q at maximum. Halls break an overall electrical cycle into six 60 deg sections. And so in the worst case, the generated torque vector will be off by 30 degrees positive or negative with respect to the ideal angle. This has two undesirable consequences. The first is that energy is wasted. The second is that the motor torque will not be constant with rotor position.

At low speed this torque ripple is generally not a problem, although if a constant torque on the load is required by the application, then Hall-based commutation is not a good option. For applications running at higher speed, the torque ripple may or may not be a problem. The torque ripple will be injected as cyclic energy into the load mechanic at the electrical rotation frequency, where it may be damped or amplified by the natural resonances in the load. This unwanted vibration may exhibit itself as excessive noise, positioning inaccuracy, or servo stability problems.

Sinusoidal commutation and field oriented control are more advanced approaches that vary the stator angle continuously, rather than in discrete 60 degree steps. To do this they generally use a position encoder rather than a Hall sensor for feedback. An alternate approach is to measure the back-EMF (electro motive force) from each coil to determine the angle of the rotor. Although not as precise, and only usable after rotation has been established, this technique has the advantage that it requires no sensors.

This difference in approach has negligible effect at low rotation speeds. But becomes significant at high rotation speeds. The reason is that in sinusoidal commutation, as the motor rotates, the current commands for each phase will contain an increasing amount of high frequency sinusoidal variation. All control loops have some lag, and so the current loop operating on these signals will lag the desired current, which means that the location of the usable force vector (Q) will lag the desired force vector. The higher the rotation speed, the greater the phase lag.

Field-oriented control avoids this problem because the current loop operates on the Q force and the D force, which are independent of motor rotation speed. After the output command of the Q and D loops are determined, they are then referenced to the A and B phase command using the Park and Clarke transforms, and converted into specific voltage commands for each coil of the motor.

The AC induction motor is the work-horse of white goods and other common applications because it is cheap, easy to build, and easy to operate. Most household AC induction motors are single-phase, and are driven directly by the 60 Hz AC wall current. In this mode they basically have one operating mode, on or off. Larger motors, and motors that are to be controlled in a more sophisticated way, are wired with three separate phases, much like a Brushless DC motor. And like a Brushless DC motor, the three motor coils generate a stator electrical field. However, unlike the Brushless DC motor, there are no magnets in the rotor. The rotor generates a magnetic field from current which is induced by the stator magnetic field.

The angle and magnitude of the induced current vector in the rotor depends on a number of factors including the stator winding frequency and magnitude, and the type of rotor iron material. Also, unlike the Brushless DC motor, measuring the mechanical angle of the rotor does not tell us the angle of the rotor’s electric field. Since the current is induced, it typically lags the frequency of the stator current, and does not stay fixed relative to the mechanical rotor position. This difference is commonly referred to as the slip angle, or slip frequency.

Although not trivial, it is in fact possible to determine the rotor magnetic angle so that a high-performance field oriented control approach can be used to control an AC induction motor, thereby allowing it to be used bi-directionally, as well as with variable torque and speed across the entire operating range.

To determine the rotor electrical angle, one of two methods are used. The first is broadly known as flux vector control, and uses a measurement of the mechanical rotor, the stator excitation signals, and estimations of flux generation properties in the rotor to mathematically calculate the rotor magnetic angle. It is worth mentioning that “flux vector control” is a widely used term, and sometimes refers to this estimation technique, the overall technique of field oriented control, or any number of other proprietary multi-phase control approaches.

Besides flux vector estimation, another commonly used approach is to measure the back-EMF of the three coils to determine the rotor magnetic angle. Whether by flux vector estimation or back- EMF measurement, once we have the rotor magnetic angle we can apply a technique such as Field-oriented control to provide high-performance control of the motor. One key difference however between controlling a Brushless DC motor and an AC induction motor is that the D (direct) desired force cannot be set to zero.

In the Brushless DC motor rotor magnetic flux is generated by permanent magnets, and thus for control purposes we set the D command to zero. In an AC induction, however, we need to apply some amount of electrical energy to induce a magnetic flux in the rotor. And thus the desired value of D is generally set to a constant value which is characteristic of the motor’s rotor magnetic properties and the drive voltage used. For sophisticated applications, on-the-fly modification of this desired D value is generally referred to as “field weakening,” and can important for avoiding magnetic saturation.

The US Dept of Energy estimates that 60 to 65% of all energy produced in the United States is consumed by electric motors. In addition, applications such as electric vehicles are creating new uses for advanced motor control techniques. Hall-based commutation, sinusoidal commutation, and field-oriented control all have applications for use in Brushless DC motors, however increasingly, field-oriented control will become the method of choice due to its improved efficiency over a wide operating range.

AC induction motors are now being coupled with sophisticated controllers to create higher performance and greater efficiency systems. The adoption rates of these techniques will increase as the cost of electronics goes down, and as consumer demand for operating efficiency increases. 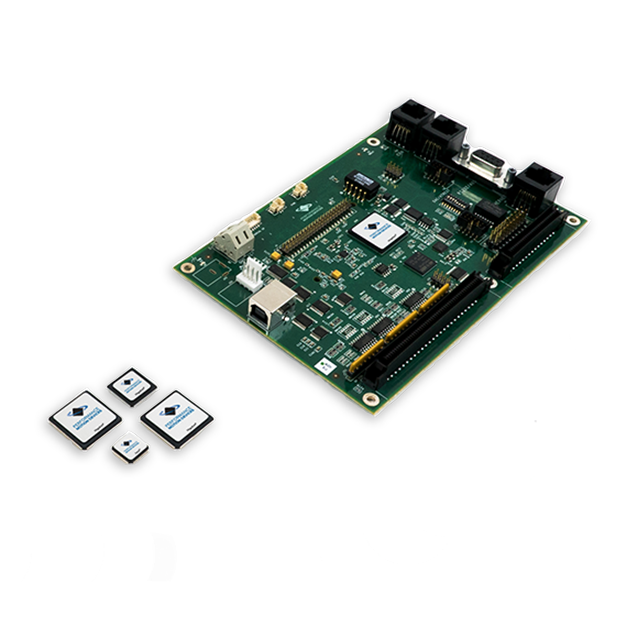 Rely on the experts at PMD Corp. to keep your project moving. If your existing equipment needs a performance boost or if you need to develop a new product in the shortest development time possible, learn about motion control solutions from Performance Motion Devices.